Black Mold In Your Shower: Dangers of & Steps To Remove It Quickly

Water is a highly destructive substance.  Water damage is the cause of canyons and gorges, erosion of coastlines, deterioration of everything from oil platforms to automobiles. With pressure, water can crack apart stones that were created billions of years ago or dissolve marble statues that were carved in the Renaissance. Water is also one of the most important ingredients for the recipe of life, and is one of the main reasons human civilization has advanced as far as it has. Over 50% of the world’s population lives within less than two miles of a body of freshwater. Whether it is a river, coastline, lake, or stream, people need water and will find themselves close to it. So, it stands to reason that people and water will eventually find each other in catastrophe. Either through major flooding, or something as simple as a leaky pipe.

When things go bad with water, you have to find the source and fix it or else you are going to have problems. Water can break down the infrastructure of your house or business. It can propagate mold, warp trusses and studs, and even crack foundations over time. It may be destructive, but that doesn’t mean we are in a losing battle. The key to winning is early detection and remediation.

Most Common Areas Water Damage Is Found in Homes

Here are some of the more common areas and their telltale signs that there is water damage:

What Should You Do?

It is best to catch water damage early, since extensive damage can result in needing to remove damaged material and renovate your home. At the very least, flooding, leaks, and damage from continual water damage needs to be addressed. Caught at an early stage, you can clean and dry out the area, using a cleaning solution that kills mold, and discard any items that are damaged or impossible to clean up. Make sure the area remains dry and repeat cleanings if possible. Hiring a professional, such as Strongwater Restoration gives you more options as far as damage control, proper remediation, and getting the job done as quickly and safely as possible.

Contact us if you suspect water damage in your home. Cleanup can be costly and time consuming if done incorrectly. Our staff of trained professionals has tackled everything from post-flood remediation, black mold cleanup, and even catastrophic flooding caused by broken sewer and water lines. We have the equipment and know-how to get the job done right the first time.

Better Than It Used To Be. 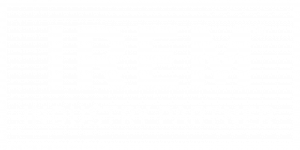